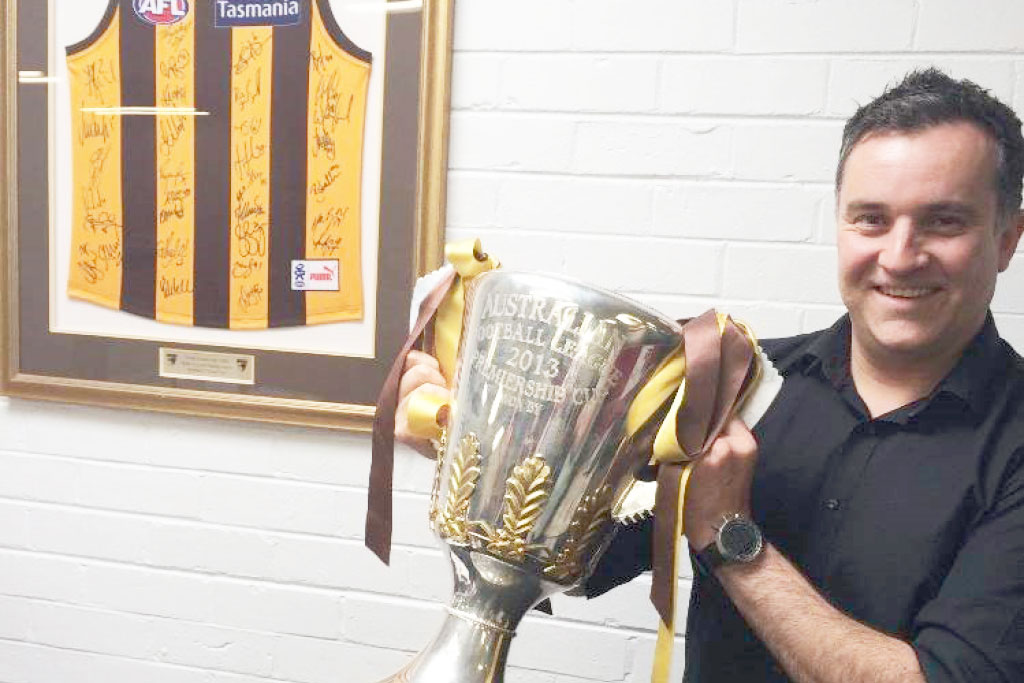 When Aussie Rules football team, Hawthorn, won the AFL Grand Final, they had one more goal to make; getting the trophy out of their office and off to Comscentre.  In a grand gesture of thanks the team visited the Comscentre office, with trophy in tow, to express their gratitude for the important position Comscentre has played in providing the team with a strategic communications network solution.

Hawthorn’s 60+ employees and 45 players needed a system that could grow with the Club as more sites rolled out and new technologies came to market.  Since it turned to Comscentre for its voice and data IP needs, the team hasn’t looked back.  The service has enabled them to conduct their operations at the highest level.  By streamlining their system into one provider for phones, data, network, support and managed services, Hawthorn have been able to successfully invest their time, money and focus into their game.

“It surprised us all when the team showed up at the office with the trophy!”
Comscentre National Sales Manager, Jon Singleton

“I think they have to get a signed approval to move that thing”, he smiled

“We’ve always enjoyed our business relationship with Hawthorn footy club but to see them carry the trophy in and demonstrate again how much gratitude the team has for us was a very special moment.”

Hawthorn remains at the forefront of football teams who have implemented a collaborated communications system, allowing the club to remotely communicate with players, connect with each other at any time and access their data easily.    Through the system, the club can video conference and effectively communicate with its members.  As Hawthorn expands so will Comscentre’s service and support, giving the club more time to fine-tune their game and shine up that trophy.