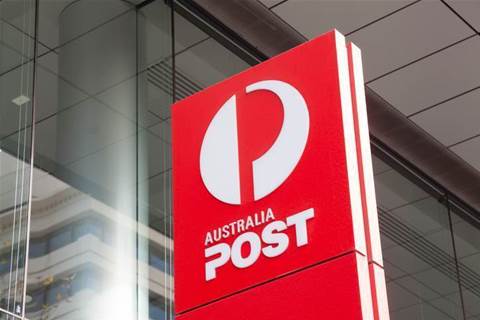 In under a year, Australian-owned MSP, Comscentre, has surpassed the halfway mark in rolling out Australia’s largest retail network.

The announcement comes just one year since Comscentre surprised the industry by announcing it had been awarded the landmark network upgrade and five-year managed services contract.

The contract included the installation and deployment of Cisco Meraki SD-WAN infrastructure and a transition of network connectivity across 4000 metro, regional and remote sites nationally.

In just 9 months, Comscentre has stood up data centres, conducted a successful pilot program and completed the upgrade and network transition of more than 2000 of the 4000 sites across Australia’s largest retail network.

The project is tracking ahead of schedule according to Comscentre, despite the very unique and unforeseen challenges presented by 2020.  Bushfires and a global pandemic have created a necessity for continual revision of site scheduling, as well as the introduction of COVID safe work practices and processes.

With every site cutover, Australia Post is benefitting from increased network resilience and uptime, as well as substantial reductions in ongoing network operating costs.  Australia Post is also benefitting from the increased network visibility and control made available through Comscentre’s internally developed enterprise network management platform; One Touch Control (OTC).

OTC was one of Comscentre’s key points of difference in securing the Australia Post project, due to the platform’s unique ability to amalgamate multi-vendor and multi-carrier connectivity into a single dashboard that monitors and reports on network performance, hardware health, carrier SLAs and best practice business processes.

Australia Post’s CIO Munro Farmer said the milestone was testament to lots of hard work, and even more impressive given the logistical issues and constraints of a pandemic.

“This has been a big effort for all of the teams involved, both across Australia Post and Comscentre, and speeding the cycle time has helped us just as we’re moving quickly to support parcel volumes, allowing us to stand up services much more quickly than we were previously able to,” said Farmer.

Comscentre Executive Director Cameron Quilty said this milestone is a particularly significant one for Comscentre for a couple of reasons.  “Of course, it represents the halfway point of what was, at commencement, the largest network deployment of its type in the world.  More importantly though, it’s also this great validation of Australia Post’s decision to place their trust in Comscentre for such a significant project.

“It’s no secret that the market was shocked when we announced we’d won this project, so it was hugely important to us that we demonstrate why we were successful, why Australia Post chose us – and here we are, half way through transforming Australia’s largest retail network, ahead of schedule and delivering substantial benefits to one of Australia’s most recognizable and most trusted brands,” he explains.

“Perhaps the most rewarding thing for me personally though is the reduction in operating costs we’re creating for Australia Post as a result of this transition.  I can’t talk specifics, but it’s substantial.  That’s enabling greater investment back into the continued improvement of servies to rural and remote Australian communities, which is an incredibly positive outcome, particularly in times such as these when we’re all feeling more isolated than ever.”

Comscentre is Australian owned and operated. They design, deliver and manage enterprise-grade Network and Collaboration solutions. Comscentre brings innovation and simplicity to their clients by transforming the way they connect, collaborate and operate. Comscentre has offices in Sydney, Melbourne, Brisbane, Perth, Adelaide and Manila. For more information, call 1300 134 684 or visit www.comscentre.com. Connect with Comscentre on LinkedIn,  Twitter or Facebook.